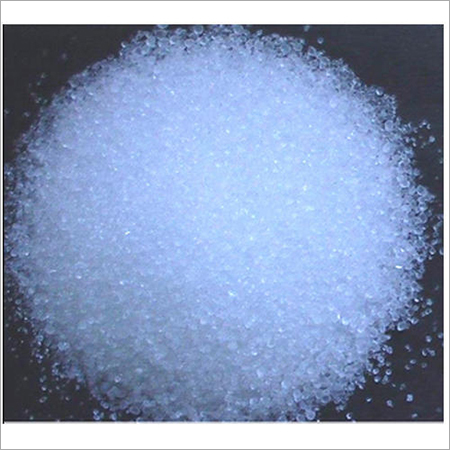 Sodium citrate is chiefly used as a food additive, usually for flavor or as a preservative. Its E number is E331. Sodium citrate is employed as a flavoring agent in certain varieties of club soda. It is common as an ingredient in bratwurst, and is also used in commercial ready-to-drink beverages and drink mixes, contributing a tart flavor. It is found in gelatin mix[citation needed], amongst others. 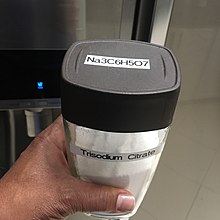 Sodium Citrate in a kitchen pantry, It is frequently used as an emulsifier, especially for cheeses.

As a conjugate base of a weak acid, citrate can perform as a buffering agent or acidity regulator, resisting changes in pH. It is used to control acidity in some substances, such as gelatin desserts. It can be found in the milk minicontainers used with coffee machines. The compound is the product of antacids, such as Alka-Seltzer, when they are dissolved in water.[Medical uses[edit]

In 1914, the Belgian doctor Albert Hustin and the Argentine physician and researcher Luis Agote successfully used sodium citrate as an anticoagulant in blood transfusions, with Richard Lewisohn determining its correct concentration in 1915. It continues to be used today in blood-collection tubes and for the preservation of blood in blood banks. The citrate ion chelates calcium ions in the blood by forming calcium citrate complexes, disrupting the blood clotting mechanism. Recently, trisodium citrate has also been used as a locking agent in vascath and haemodialysis lines instead of heparin due to its lower risk of systemic anticoagulation.[3]

Sodium citrate is used to relieve discomfort in urinary-tract infections, such as cystitis, to reduce the acidosis seen in distal renal tubular acidosis, and can also be used as an osmotic laxative. It is a major component of the WHO oral rehydration solution.

It is used as an antacid, especially prior to anaesthesia, for caesarian section procedures to reduce the risks associated with the aspiration of gastric contents. 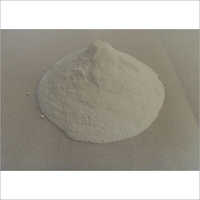 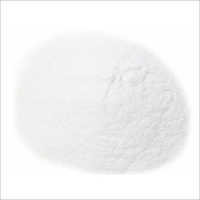 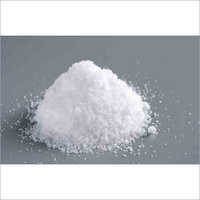 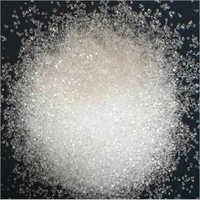 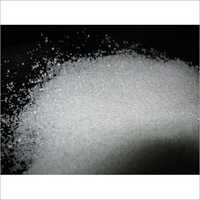 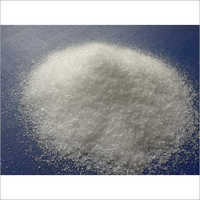